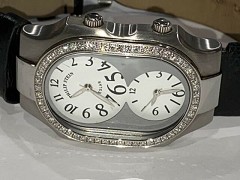 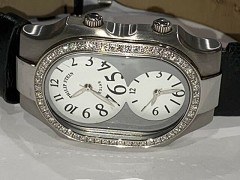 Teslar chips are a health and wellness achievement worthy of Nobel Prize acclaim. The Teslar chip, named for famed inventor Nikola Tesla, who worked with Thomas Edison, emits a defensive signal shielding the body from harmful electronic pollution reducing stress, hyper-activity, headaches, depression and anxiety. Not only does the watch look terrific it improves a sense of wellness.

Electronic pollution has significantly increased with the emphasis on technology; television, radio, mobile phones and other electronic gadgets have been linked with serious health hazards. Philip Stein Teslar watches include a copper chip inside each watch that assist the wearer's body in neutralizing electronic pollution from devices like PDAs and cell phones.

Dr Valerie Hunt, Professor Emeritus at UCLA, was quoted, saying the watch magnifies the strength of the biofield, thus protecting the body from destructive electromagnetism. One reported study of an American football team wearing the watches found that 97 percent noticed a reduction in the intensity of aches and pains.

The stylish timepiece has scored with celebrities including: Lennox Lewis, Barbara Walters, Model Jodie Kidd, P Diddy, Jack Nicholson, and Madonna is said to have bought two for her children.

The inventors, renowned scientists Ilonka Harezi and Dr. Courtland Reeves, have for twenty years been studying the effects of low frequency electromagnetic fields and their impact on the human body. Harezi and Reeves believe that extremely low frequencies or generated by modern electronics negatively influence the central nervous system which can cause headaches, tiredness, fatigue and other unhealthy symptoms. In combating this problem the chip they developed introduces (non-Hertzian) waves which are reportedly capable of protecting a person from pathogenic influences.

Press coverage of the Philip Stein Teslar watches has included over fifty publications including: People Magazine, U.S. Weekly, Hollywood Life Fashion and Vogue. The Philip Stein Teslar can be found at such fine retailers as Neiman Marcus, Bloomingdale's and now http://www.MildredBarrett.com. Philip Stein has made an impact on watch market with a fashionable line that promises to not only look great, but make you feel better. With costs from $375 to $3,000 for a diamond version

When the Philip Stein Teslar watch is worn, the wearer may experience...

Improved concentration and ability to focus at work.

Ask the listing owner a question
This item has been viewed